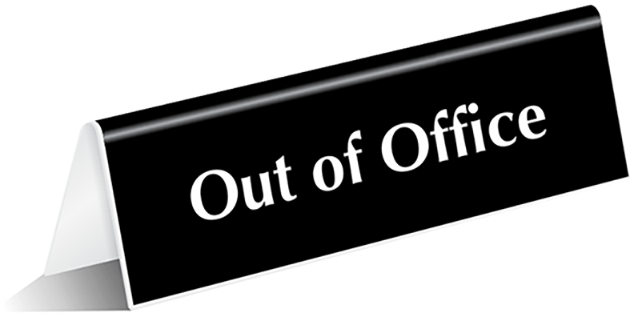 The compact ACCELERATOR module™ just looks like an extension cable. Is it a 'PLACEBO'?

Well, yes it might look as an extension lead, but be sure there are electronic parts inside. Some users even reported back that it is a smart design!

The module works just fantastic. Have a brief look at some of the users feedback. There are multiple hundreds out there in the field, all reporting the same fantastic benefits...

That’s the best proof of concept you can have!

Some claim that they are the only resistor tuning device to offer real temperature compensation or that I would use only a fixed serial resistor!

This is NOT true!

I find this always so funny when people claiming to know how other products works without even seen or touched one themselves. Like they know how it is designed???

The fact is that the ACCELERATOR module™ will give you a perfect -20 degrees C offset over the whole temperature range. At the lower end (temperatures below zero degree) you need to reduce this offset to avoid problems with your bike. (I hope that the other resistor tuning devices have also foreseen this feature)

Why you need to do this?

With temperature below zero degrees C, the ECU module of your bike is already injecting more fuel. If you offset the temperature too much at the temperatures below zero degrees, too much fuel will be injected. Result is that you e.g. cannot start the bike, the engine stalls when braking suddenly,... Some users of other modules have already been reporting these phenomena. The ACCELERATOR module™ will not do this because it was taken into account during the design and field test has proven this. I made my own calculation model.

Once you understand the principles and you have the technical data of the components used in your bike (this can even be applied to other bike brands) it is very easy to come up with the correct configuration of the ACCELERATOR module™.

What is the added value of doing Dyno tests?

The ACCELERATOR module™ was designed to be a true plug and play tuning device.

It is installed in less than 1 minute on BMW R11xx-models and less than 10 minutes on the other bikes.

You get the benefits right away. No after tuning is needed! Once the bike configuration is known, the correct module is send. No try and swap approach, as some others are doing, is used.

Dyno tests don’t reveal everything. What count is what you experience in the field. Yes, this module will not make your bike like a BMW S 1000 RR or compete with other tuning modules like the Power Commander, Rapid Bike.

The ACCELERATOR module™ will let your bike run more smoothly, will feel instantly different, throttle response will feel crisper, the engine will definitely pull better in a higher gear from slow speed , better responsiveness, you can up shift much sooner than before, ... (see the feedback link for more reported experiences from users)

Like the nice expression says: “The proof is in the eating of the pudding”. With multiple thousends of happy users it speaks for itself.

Lower fuel consumption. Can this be true?

How is this possible?

The standard engine runs on too lean fuel mixture because of the environmental requirements. This is not the ideal condition for the engine, looked at a technical point of view. With the ACCELERATOR module™ your engine will run much better, cooler and longer. Since it runs better, you will up shift much sooner and you will cruise on higher gear, so lower rpm, at the same speed as before. This all will lead to less fuel consumption without compromising performance.

I had even customers from other modules asking me about the fuel consumption with the ACCELERATOR module™, since they had a high fuel increase. They tested the ACCELERATOR module™ and reported no fuel increase or even lower fuel consumption. I guess it is all about the way the module is designed and maybe others don’t fully understand the way it is working or don’t control the temperature offset very well.

Can the fuel consumption go up?

Sure, but then you riding style will certainly be differently. I know, because of the smoothness the ACCELERATOR module™ gives you, you will be attempted to do this.

Some claim that the temperature sensor of the module would be affected too much by the engine heat and that even the engine can run with a fuel mixture too lean!

This is NOT true!

The location of the additional temperature sensor of the module sits far away from any influence of the heat from the engine. It is located close to the original bike air temperature sensor. It is perhaps possible that the temperature could rise slightly if you stand still too long while the engine is running, but this effect will be for everyone the same. Even for those who claim that the NTC should be placed outside the module at a far distance. If you stand still, then the airflow falls away, allowing the sensor to possibly being influenced by the heat of the engine. Have you ever asked yourself what happens to the measurement of the original BMW temperature sensor when standing still? Where is the entrance located of the inlet tube of the air filter on the BMW R-series? Right, just above the engine! I think that the original BMW temperature sensor has more influence of the engine heat than the external one, when standing still. But as soon as you start to ride the bike, the good conditions will be reached again. You only get the advantages of the module when you ride the bike and not when you are standing still! By the way, I still think that the intention is to drive the bike rather than to stand still.

Suppose, purely theoretically, that the extra air temperature sensor would become more warm than the ambient temperature. Is this a problem?

If we even assume that there would be a major influence of the engine heat at stand still while the engine is running (which is in practice not true, what others may say), then this phenomenon will quickly disappear when you start riding your bike, this due to the airflow. And as mentioned earlier, you always are guaranteed that at least the original characteristics of your engine is preserved.

I call this typical a purely theoretical discussion that leads nowhere and which will bring confusion to potential users in the future. Hundreds of users today experience that the ACCELERATOR module™ in het field is really working well, and this over the entire ambient temperature range.

If you don't 'trust' the compact version, you always can go for the extended version, where you have the free choice of placing the sensor at the front or rear of your bike.

My bike doesn't run very well and seems to have some technical problems. Will the ACCELERATOR module™ solve these problems?

What the module will not do, is solving problems like bad synchronization, having a not good ignition system, dirty air filter, bad spark plugs, ...

Can you contact me if I have a technical question about the product?

Of course. If any technical question needs to be answered, just drop me an e-mail at info@sol2.be. I will try do my best to answer them as good as possible.

If it is relevant to others, I can put it here on the FAQ page.